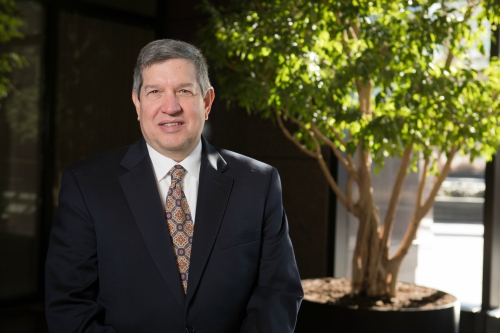 Jeff Haughey is of counsel in the Tulsa office of GableGotwals. He is an experienced transactional attorney focused on mergers and acquisitions, securities, and corporate matters.

With more than 30 years of experience, Jeff has represented issuers in both public and private offerings of nearly $16 billion (including more than 10 IPOs), and has provided compliance reviews of periodic reports and proxy statements. He regularly represents clients in mergers and acquisitions on both the buy and sell side valued at more than $7.0 billion during his career.

Jeff has considerable experience with crisis management issues resulting from Chapter 11 reorganizations, financial distress due to changed market conditions and restatements of financial statements from accounting irregularities, and he has also implemented corporate reorganizations. He is well-versed in the compliance required by the Sarbanes-Oxley Act of 2002, Dodd-Frank, and the JOBS Act. In addition, Jeff has negotiated credit agreements, financing agreements and supply agreements, and has designed, drafted, and registered equity compensation plans.

J.D. with distinction, University of Iowa College of Law, 1983

B.S. with high honors in Accounting, University of Illinois at Urbana-Champaign, 1980