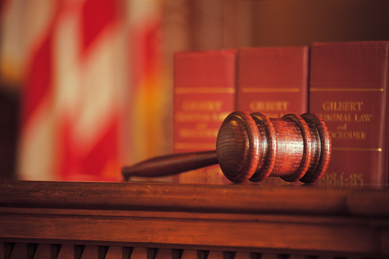 Summary Judgment for Major Oil Company
On claim challenging validity of lease and seeking recovery of over $2 million in oil and gas proceeds, and successfully defended summary judgment on appeal.

Tax Increase Held Unconstitutional
Represented tobacco companies in obtaining a favorable opinion from Oklahoma Supreme Court that a “fee” on the purchase of tobacco passed by the legislature to raise $215 million was actually a tax and subject to constitutional provisions governing revenue bills.

Victory for Disability Insurance Company
Represented disability insurance company before the Tenth Circuit Court of Appeals and obtained favorable judgment for client regarding whether the insured was entitled to disability benefits due to alleged back pain, fibromyalgia and depression.

Tenth Circuit Court of Appeals Affirms Multi-Million Dollar Breach of Contract Judgment
After obtaining a $22.65 million judgment for the Firm’s client for a counterparty’s breach of a major gas asset purchase agreement, also obtained an award of interest and attorneys’ fees ultimately resulting in the client recovering nearly $30 million.

North Dakota Court Persuaded to Refuse to Certify Class Action
Successful in persuading North Dakota court to refuse to certify a class action urged by a plaintiff on behalf of royalty owners in a large production unit in North Dakota.

Obtained Reversal of District Court’s Order to Certify Royalty Owners as a Class
Successful in convincing the Oklahoma Court of Civil Appeals to reverse a district court’s order certifying a class of royalty owners applying the de novo standard of review.

Obtained Victory for Life Insurance Company
Represented life insurance company before the Tenth Circuit Court of Appeals and obtained favorable judgment for client regarding whether the deceased’s beneficiaries were entitled to accidental death benefits after an overdose of prescription drugs.

Complaint to trial in less than 60 days
With a prompt adjudication on the merits crucial to the development of a $250 million wind farm project, the Firm persuaded a federal court to set a merits trial less than two months after the case was filed. At trial, the court found that in this instance, the proposed wind farm would not interfere with the plaintiff’s reasonable use of the surface estate to explore and develop its mineral interest and defeated the plaintiff’s request for a permanent injunction.

Representation of Interstate Pipeline in Royalty Owner Class Action
Class plaintiffs sought more than $1.4 billion in damages. Successful motion practice on behalf of defendant substantially reduced exposure, and, following a multi-week trial, client was able to settle for a fraction of the damages sought.

Affirmance by State Appellate Court of $742 Million Verdict
In breach of merger agreement between energy companies, obtained $742 million verdict and affirmance of same on appeal to state appellate court.

Successful Appellate Representation
Represented insurer in action before Tenth Circuit Court of Appeals and obtained reversal of trial court with instruction for district court to enter judgment in favor of defendant on bad faith claims.

Results obtained in any matter is dependent on the specific factual and legal circumstances, and do not necessarily mean the same results could be obtained in other cases.