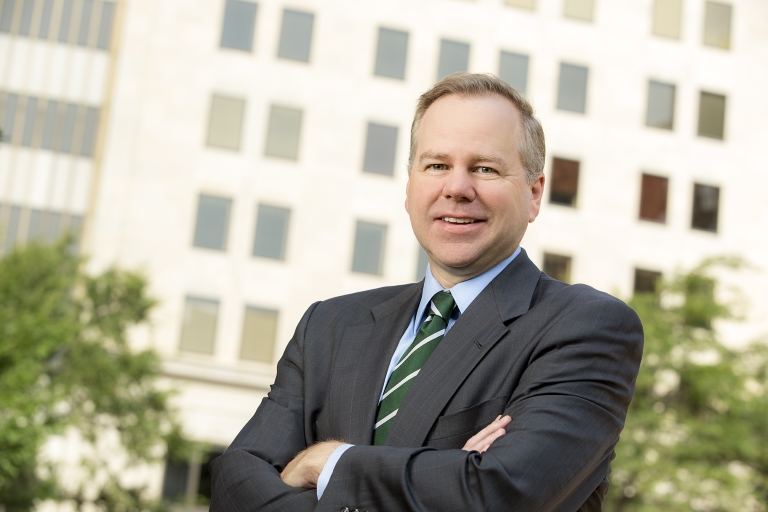 Jay Walters brings wide-ranging experience to his practice at GableGotwals. A veteran attorney, Jay has represented business, individual, and tribal clients in a variety of complex civil cases before federal and state courts as well as arbitration panels.

Jay has litigated cases before courts at all levels involving energy, antitrust, securities, derivative actions, insurance, business torts, contracts, tribal gaming, and cultural litigation, in addition to other areas of law. He has worked on both trials and appeals and is experienced in class and shareholder actions as well. He also served as a Judicial Law Clerk for U.S. District Judge Robin Cauthron.

An honors graduate, Jay received his Juris Doctor from The George Washington University Law School in 1996 after earning his undergraduate degree from Austin College. Jay has been recognized by Best Lawyers in America, Oklahoma Super Lawyers, and received Martindale-Hubbell’s AV Preeminent Rating.

Jay is a volunteer attorney with Oklahoma Lawyers for Children. He also serves on the Magistrate Judge Merit Selection Panel for the Western District of Oklahoma and the Board of Directors for the Federal Bar Association’s Oklahoma City Chapter. In addition, Jay is active on the Business Litigation Committee for the American Bar Association; the American Inns of Court XXIII; as a Moot Court Coach Volunteer for the Youth Leadership Exchange; and the Board of Directors for the Red Bud Foundation, Inc.