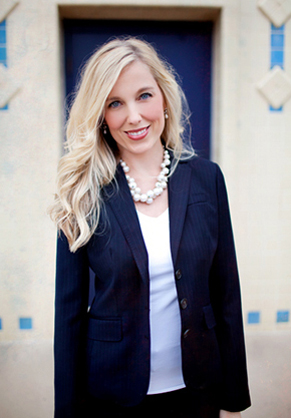 Amy Stipe is a shareholder in the Oklahoma City office of GableGotwals. Her civil litigation practice includes work in the areas of class actions, complex contracts, business torts, insurance bad faith, oil and gas, and labor and employment. She represents large and small companies, assisting with their business, energy, and employment litigation needs. She also has experience with lender liability and aviation matters.

Amy is a Director and President of the Firm. She is also an American Bar Foundation Fellow, an Oklahoma Bar Foundation Fellow, and is a member of the University of Oklahoma College of Law’s Alumni Diversity Council. In addition, Amy has served on the Oklahoma County Bar Association’s Young Lawyers Division Task Force, served as Chairperson of the Oklahoma Bar Association’s Mineral Law Section, served as President of the Mineral Lawyers Society of Oklahoma City, and was a master in the William J. Holloway, Jr. American Inn of Court.

Amy has given presentations on legal issues to various groups, including the University of Oklahoma College of Law, the Mineral Lawyers Society of Oklahoma City, and the Women Entrepreneurs INSPIRE Conference. Amy has also served on the planning committees for the Rocky Mountain Mineral Law Institute and the Eugene Kuntz Conference on Natural Resources Law and Policy, where she also served as the program moderator.

Amy is also very committed to serving others in her community by volunteering her legal services for Oklahoma Lawyers for Children, Edmond Boy Scouts Troop 121, Cub Scouts Pack 341, and Girl Scouts Troop 951.