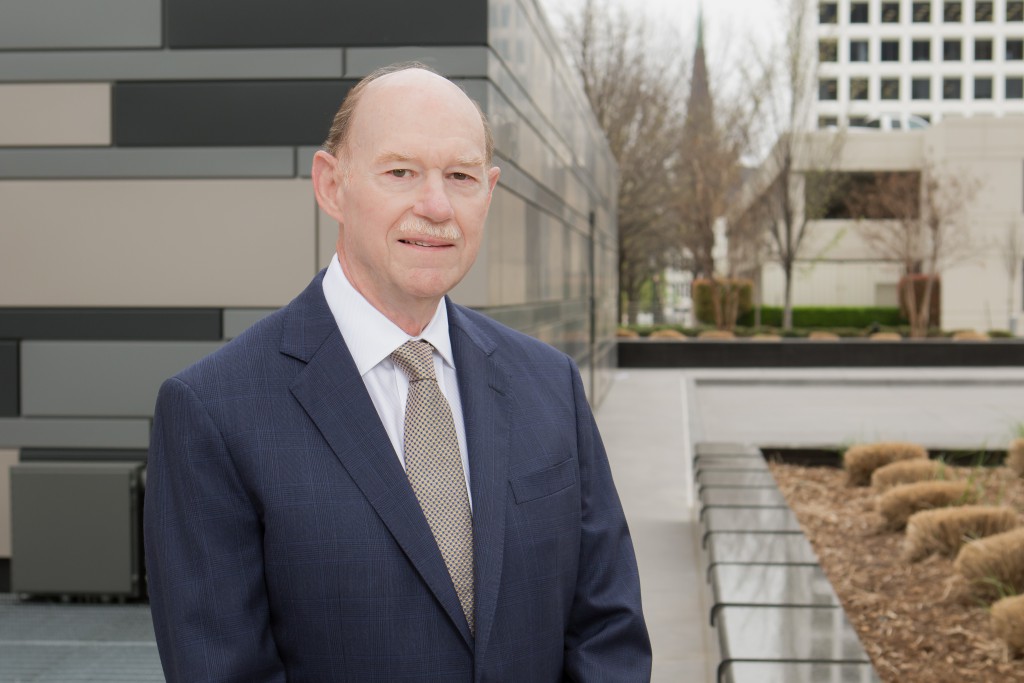 John Barker is a shareholder in the Tulsa office of GableGotwals and has more than 40 years of legal experience in both law firm and corporate settings.  After 30 years with GableGotwals, John joined ONEOK, Inc., and ONEOK Partners, L.P., in December 2004, where he served  as their General Counsel, Senior Vice President and Assistant Secretary.  After retiring from ONEOK, John rejoined GableGotwals in January 2012 to focus his legal practice on general commercial business matters, mergers and acquisitions, corporate governance, securities, public equity and debt offerings and finance.

John has provided legal counsel on business and transactional matters, mergers and acquisitions and commercial matters, including sales and acquisitions of significant assets and public securities offerings. He has significant experience in counseling and legal services involving corporate governance, SEC filings, and public stock and debt offerings. Over the years, he has provided general business advice to various corporations, sole proprietorships and business organizations and for their management and Boards of Directors. John has also represented banks and financial institutions in Oklahoma relating to all aspects of loans, workouts, bankruptcies and real estate. In addition, he has represented large out-of-state lenders relating to real estate financing for commercial developments, including shopping centers, apartment buildings and office buildings.

John has been very active in the Tulsa Community holding multiple leadership and board positions including the Tulsa Metro Chamber of Commerce, the Jenks Public Schools Foundation, Jenks Public Schools Auction Committee, St. Simeon’s Episcopal Home Board, St. Simeon’s Episcopal Foundation Board, George Miksch Sutton Avian Research Center, Inc., the Arts and Humanities Council of Tulsa, the ONEOK Foundation and The Center for American and International Law. In addition, John served in the United States Army which included a tour in the Republic of South Vietnam.