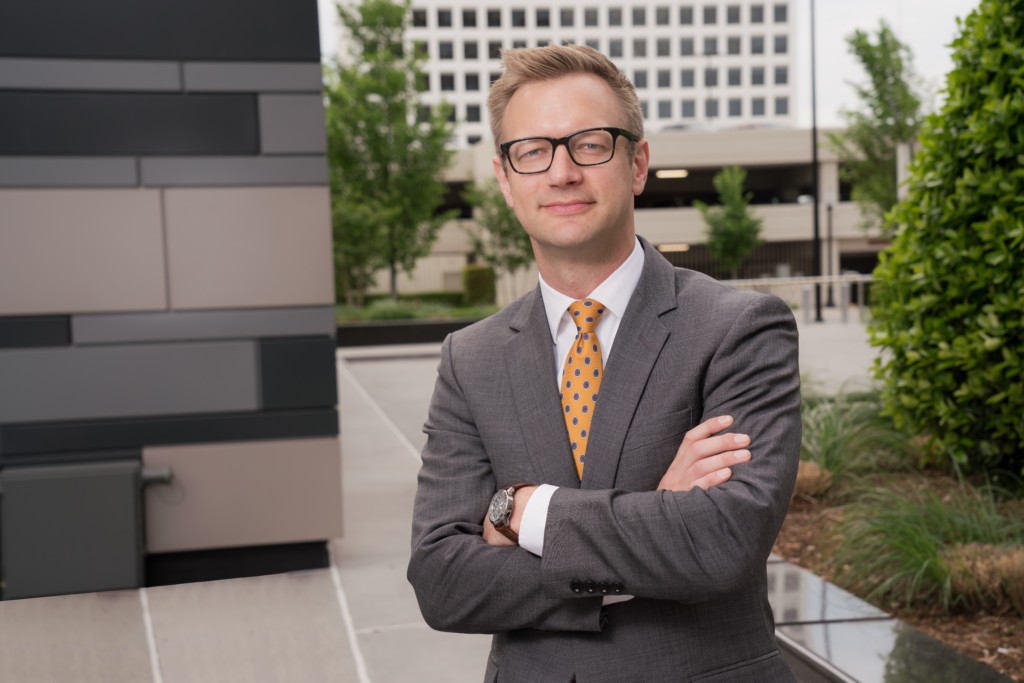 A.J. Hofland is an Of Counsel Attorney in the firm’s Tulsa office who has focused his practice on general litigation, commercial law, white-collar criminal defense, and government relations litigation. Following his graduation from Notre Dame Law School in 2009, he gained significant trial experience while serving in the U.S. Navy Judge Advocate General’s Corps, acting as a federal prosecutor with the U.S. Attorney’s Office for the Northern District of Oklahoma, and in private practice.

While A.J. served as an Assistant United States Attorney (AUSA) for the Northern District of Oklahoma, he represented the United States in federal court in a variety of complex criminal prosecutions. His cases included organized crime, drug trafficking, human trafficking, computer crimes and fraud. Prior to this, A.J. was a Judge Advocate General’s (JAG) Corps officer in the United States Navy where he specialized in prosecuting and defending service members in courts-martial and administrative disciplinary proceedings.

Since joining private practice, A.J. has applied his training and skills toward solving problems for clients across a broad spectrum of cases, ranging from white-collar criminal investigations to chapter 11 reorganizations to professional licensing board disciplinary proceedings.