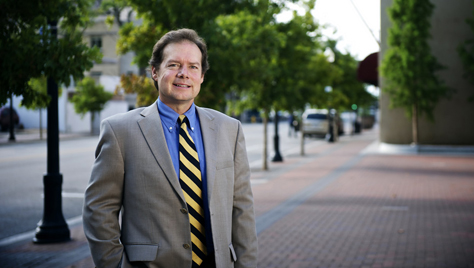 A fourth-generation Tulsan, Mark D.G. Sanders joined GableGotwals in 2009, after 23 years of legal practice outside of Oklahoma.  Immediately prior to his relocation to Tulsa, Mark had served for over 15 years as Law Clerk to the Honorable Albert S. Dabrowski, Chief United States Bankruptcy Judge for the District of Connecticut.  Prior to his tenure with the Court, Mark was engaged in private practice in Missouri and Connecticut.

Mark has taught Bankruptcy & Reorganization as an Adjunct Professor at the University of Tulsa School of Law.  He is also a member of the Board of Directors of DVIS-Call Rape (Domestic Violence Intervention Services).

Mark is married, and the father of three.  He is an avid runner and a committed community activist, historical preservationist and amateur archeologist.