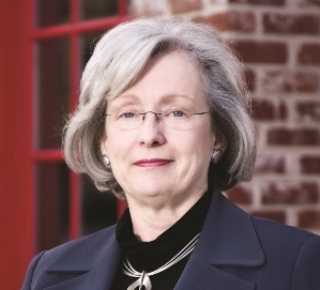 Former Judge Deborah Shallcross joined GableGotwals in January 2012, after serving almost 30 years on the bench assigned to all Divisions of the District Court in Tulsa County. During her tenure as a Judge assigned to the Civil Division of the District Court, she presided for 20 years over complex oil and gas, toxic tort, and class action litigation as well as hundreds of Jury and Non-Jury Trials.

Ms. Shallcross  practices with GableGotwals full-time with an emphasis in Alternative Dispute Resolution (ADR), Litigation, and Appellate Practice. She also focuses on family law, particularly where complex divorce cases are involved. In addition, she is uniquely qualified to offer a Private Trial courtroom or arbitration and mediation outside the courthouse. Oklahoma law allows the appointment of a Referee in family law cases. Former Judge Shallcross conducts a trial and provides a Decision with detailed Findings of Fact and Conclusions of Law to the parties and to the assigned Judge. The assigned Judge reviews the Recommendations of the Referee and then enters the Decree of Dissolution.

Following graduation from the University of Oklahoma College of Law Ms. Shallcross became a partner in a law firm in Shawnee, Oklahoma where she earned a reputation as a talented litigator. She then came to Tulsa to serve as an Assistant Public Defender, representing children at the Tulsa County Juvenile Bureau. In 1981, Shallcross was selected by the Judges of Tulsa County as a Special Judge. She was subsequently appointed a District Judge by Governor Henry Bellmon in 1990 and served five terms as a District Judge of the 14th Judicial District.

Ms. Shallcross has been very active in the community and is currently Chair of the Board of Directors with the Ann Patterson Dooley Family Safety Center and a Board Member with the Tulsa Symphony Orchestra. She has received numerous awards and recognition for community and professional service, most recently the Watchmen Award by the Community Service Council in 2012, the Golden Rule Award by the Tulsa County Bar Association in 2011, The Oklahoma Judge of the Year in 2011 by the American Board of Trial Advocates, Oklahoma Chapter, and the Outstanding Trial Judge of the Year in 2009 by the Oklahoma Association for Justice.