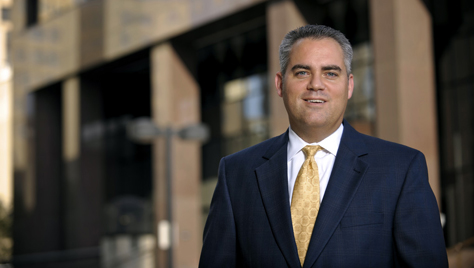 During the Tulsa Lawyers for Children annual awards and celebration event, Steve Heinen, of GableGotwals was being acclaimed as the Volunteer of the Year. Steve has a 20 plus year history with Tulsa Lawyers for Children.  Not only has he represented numerous children over the years, but he currently serves on the Board of Directors and attends all agency sponsored educational and social events.  As a transactional attorney he is modest and very unassuming, yet his passion for children who have been hurt is almost palpable. Because of Steve Heinen, the number of TLC volunteers increased from 23 to over 120 in the past two years. Rapid growth was needed because the total number of children requiring representation grew from 179 to almost 400.

The subject matter TLC deals with every day is heartbreaking, but there is hope for the children we serve because of people like Steve Heinen.