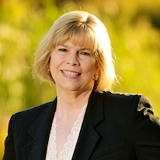 Renee Demoss is the recipient of the 2015 Neil E. Bogan Professionalism Award for her continued commitment to meeting high standards in the legal profession. Neil E. Bogan Professionalism Award is presented annually to an Oklahoma Bar Association member who has been practicing 10 years or more and who for conduct, honesty, integrity and courtesy best represents the highest standards of the legal profession.  The award was given during the annual Oklahoma Bar Association Meeting November 5, 2015.

Over her more than 30 years practicing law, Renee has demonstrated the highest levels of excellence and given her time and heart to her profession and community. Renee, who was OBA president in 2014, currently serves on the Board of Governors as immediate past president. She served as Oklahoma Bar Foundation president in 2008. She has also served as a leader in the Tulsa County Bar Association, serving as its president in 2006-2007 and as president of the Tulsa County Bar Foundation from 2007-2009. She was a member of the TCBA Board of Directors from 1999 to 2008. She has also notably served her community, active in Leadership Tulsa, Big Brothers & Big Sisters of Green Country, the Nature Conservancy, United Way and has served on the Board of Directors for Operation Aware and Tulsa Lawyers for Children.

Renee has stated that one of her most significant and rewarding accomplishments has been her work and mentorship of at-risk students at Hamilton Middle School in the Tulsa community. She has continually demonstrated a strong work ethic and a desire to give more than she receives from her community to make it a better place to live and work. Ms. DeMoss graduated from the OU College of Law in 1984.