30/30 Next Gen recognizes the next generation of innovative, creative and inspiring individuals who push the boundaries beyond their years in all areas: arts, entertainment, business, media, sports, technology and more. GableGotwals associate attorney, Jake Krattiger, was among those honored, for his legal work and community service. In the Oklahoma City legal community, Jake is a member of the Oklahoma City Mineral Lawyers Society, the Luther Bohanon American Inn of Court, the American Bar Association, Oklahoma Bar Association, where he serves as treasurer for the Litigation Section Committee, and the Oklahoma County Bar Association, where he serves on the Lawyers for Learning Committee. Jake is also active in the community at-large, where he is a graduate of Leadership Oklahoma City’s LOYAL Class IX. During his work with LOYAL, Jake was part of a team at the Ronald McDonald House Charities which helped establish a college scholarship-network program for Oklahoma high school students.

Jake currently practices in the area of state and federal litigation. He is a 2011 honors graduate of the University of Oklahoma College of Law, where he was elected to the Order of the Coif. While in law school, he was published by the Oklahoma Law Review, for which he served as the Executive Articles Editor. Jake was also a Comfort scholar, Magister of the Phi Delta Phi honor society, a member of the Dean’s Council, and served on the ABA Arbitration Competition Team as well as the Chicago Bar Association Moot Court Team. Jake received his bachelor of arts in political science from the University of Oklahoma, where he graduated summa cum laude and was elected to Phi Beta Kappa. He was selected as a member of Pi Sigma Alpha, the National Political Science Honor Society, and a College of Arts & Sciences Leadership Scholar. He also participated in the Honors at Oxford Study Program in the summer of 2007. 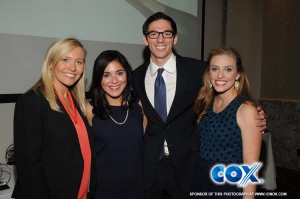