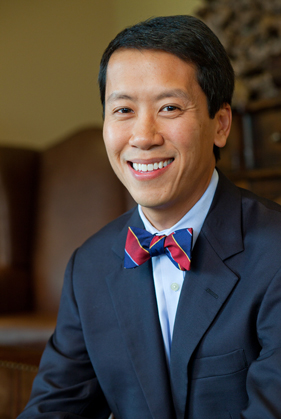 Professor Joseph Thai joined the law faculty of the University of Oklahoma in 2003. He teaches Supreme Court decision making, First Amendment, and Criminal Procedure at the law school, and co-teaches “Mind-Bending” on morality, law, and science on main campus.Thai writes about the Constitution and the Supreme Court, and co-authored the first law school textbook on the Court The Supreme Court Sourcebook.

Thai served as law clerk to Justice John Paul Stevens and Justice Byron White of the Supreme Court, as well as to Judge David Ebel of the Tenth Circuit Court of Appeals. Prior to joining the law faculty, he practiced in the Office of the Attorney General in Massachusetts and GableGotwals in Oklahoma.