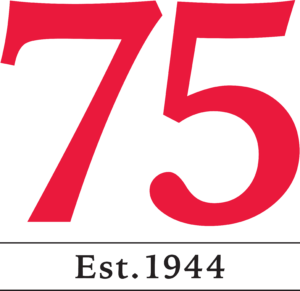 As GableGotwals celebrates its 75th anniversary, we are taking this opportunity to highlight individuals who have contributed to the Firm’s success and who have served in their communities. In honor of Women’s History Month, we spoke with Elsie Draper, Gable’s first female Shareholder.

What motivated you to seek a legal career?

I graduated from college with an English degree and was a member of Phi Beta Kappa. Suddenly widowed in my mid-20s, I needed to earn my own living.  There were limited fields for females to enter. I knew I didn’t want to teach, so I took the LSAT instead and graduated from Northwestern Pritzker School of Law in 1962.

What was it like being a female attorney in 60s and 70s?

There were only seven women in my law school. I didn’t experience any negativity being a female in law school and I didn’t feel prejudice towards me as a female. I was well trained and always felt accepted, even in court. Even the court reporters were extremely helpful.

The only difference I experienced was at Gable’s weekly luncheon at the Summit Club. At the time, women weren’t allowed to enter the men’s grill. Someone had to go to the grill to get my lunch and bring it to me in order to join the other attorneys. Eventually they allowed women.

What made you join GableGotwals?

In 1963, I joined the Chicago office of Kirkland & Ellis as an associate where I worked for seven years. I had remarried and had five young children when my husband’s job took him to Tulsa. Jim Sturdivant interviewed me and shortly thereafter I was offered a position at the Firm.

Describe the culture at GableGotwals at that time.

Gable was a welcoming Firm and they treated me very well. I was never denied anything. Even then, Gable was progressive in allowing me flexible time considering I had a six-month old when I joined. There were only 20 or so attorneys at the time so everyone got to know everyone and their families more intimately.

I also had a good mentor. Chuck Baker trained me and I was lucky to work on some of the biggest litigation cases at that time.

What are your most memorable moments during your career at the firm?

My most memorable moments were the satisfaction felt when the jury comes in and you’ve won your case. During my time at the Firm, I represented the Ford Motor Company, DuPont, and insurance companies. I was also a charter member of the American Inns of Court.

What was it like being the first female shareholder of the firm?

I talked to Chuck Baker to tell him I wanted to be on the partnership track. My circumstances had changed because my children were older and I felt like I was ready. The training and support I received helped me achieve this goal.

GableGotwals believes that the distinct views and life experiences of a diverse workforce not only creates a more dynamic and positive workplace, but also adds to our ability to serve and relate to our clients. Most recently, GableGotwals elected its first female President, Amy Stipe. The Firm supports diversity and inclusion and actively strives to better the balance. GableGotwals was awarded “2018 Inclusive Workplace Culture” by Mosaic – the Tulsa Regional Chamber’s diversity business council. For more information on our Diversity and Inclusion efforts, click here.