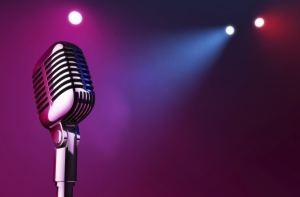 At The Podium: GableGotwals Attorneys Presenting in the Community

GableGotwals has been very active in the community speaking to a variety of organizations on a wide range of legal topics.  Some of the speakers include:

Dean Luthey presented to the International Masters of Gaming Law to discuss “Internet Gaming in Indian Country” and “The Impact of Fantasy Sports Betting on State Tribal Gaming Compacts” and also recently spoke at the Sovereignty Symposium sponsored by Oklahoma Supreme Court on Internet Gaming in Indian Country.  In the fall, Dean will present at the Oklahoma Indian Gaming Association Annual Convention and Tradeshow.

Ellen Adams has presented to MBI and OKC Real Property Lawyers on general litigation matters in addition to speaking at a community seminar on FLSA overtime regulations and changes. She has also presented to the University of Tulsa staff regarding gender laws and policies.

Sheppard Miers, Jr. will present his annual tax update for the OBA recent events seminar in December.  Mike will also present to the Estate Planning Forum on Digital Assets with Tom Vincent in October.

In March 2016, Paula Williams spoke to the Luther Bohanan Inn of Court regarding upcoming changes to FLSA regulations.  In July, Paula also spoke to ReMerge regarding basics of employment law, including discrimination, harassment, retaliation, and wage/hour issues.  ReMerge is a comprehensive female diversion program designed to transform pregnant women and mothers facing incarceration into productive citizens.

Amy Stipe participated in a panel on “Class Actions 101:  Nuts and Bolts of Class Actions for Young Attorneys” hosted by the American Bar Association

Chris Thrutchley has presented to numerous employment groups regarding the “New Decisions and Pronouncements Affecting All Employers in Big Ways including an area HR webinar sponsored by GableGotwals.

Amy Fogleman gave a Federal Indian Law Supreme Court Update as a part of the Cherokee Nation Bar Association (CNBA) Annual Luncheon and CLE Presentation on 8/25 at the Hard Rock Hotel and Casino.