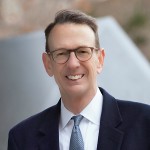 Robert McCampbell and Travis Jett join the Firm as new Shareholders in the Oklahoma City office. Robert’s primary practice will focus on Litigation, White Collar Criminal Defense, Administrative and Regulatory Law and Appellate Law. Travis will focus his practice on both civil and criminal litigation.

A former United States Attorney, Robert G. McCampbell brings more than 30 years of diverse experience to his practice at GableGotwals. Alternating between private and government practice, Robert has been an active force in the Oklahoma City legal community.

Robert is a graduate of Yale Law School. He earned his undergraduate degree from Vanderbilt University. Among his many honors, Robert is a Fellow with the American College of Trial Lawyers. He has received seven Lawyer of the Year Awards from Best Lawyers in the areas of white collar, criminal defense, government relations and administrative law.

Travis Jett’s practice ranges from representing clients in appellate matters to conducting internal investigations.  He has appeared before various administrative agencies and has expertise in election and campaign finance law.

Travis is a graduate of Georgetown University Law Center in Washington, D.C., where he served as editor-in-chief of the Georgetown Journal of Law and Public Policy.  He also worked as a law clerk for the Senate Judiciary Committee during his third year of law school.  Travis received his undergraduate degree from Oklahoma State University in Agribusiness and served as the National FFA President.