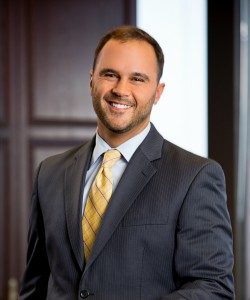 GableGotwals Welcomes Nick Merkley as a Shareholder In The Oklahoma City Office.

Nick Merkley joins GableGotwals as a new shareholder in the firm’s Oklahoma City office. Nick’s primary focus will be litigation in the areas of energy and products liability.