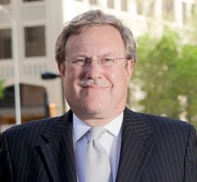 Dean Luthey has recently given two presentations on internet gaming’s impact on Indian gaming. At the spring meeting in Montreal of the International Masters of Gaming Law, of which he is one of two Oklahoma general members, Dean spoke on the international internet gaming agreement between the Governor of Oklahoma and the Cheyenne-Arapaho Tribe. On June 6 at the Sovereignty Symposium sponsored by the Oklahoma Supreme Court he gave two speeches. He spoke on the Oklahoma Tribal Gaming Compact problems with amendments in response to statements made by the lawyers for the Governor of Oklahoma. He also spoke on legal issues confronting tribes that are considering international internet gaming through services located on Indian land.

At the Sovereignty Symposium Dean was honored as one of three winners of the inaugural Hargrave Prizes given for the three top papers published by the Symposium. The prize is named for the Honorable Rudolph Hargrave, retired Justice of the Oklahoma Supreme Court. Dean’s paper was “Amending the Model Tribal Gaming Compact.”