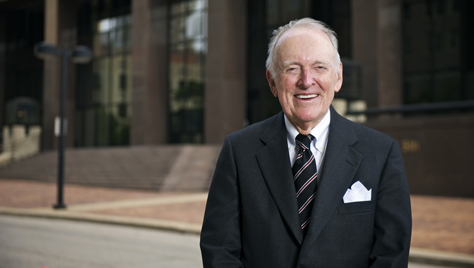 Joseph W. Morris has been a member of the Board and a shareholder of the law firm GableGotwals since 1984. He is a former United States District Court Chief Judge for the Eastern District of Oklahoma.

Judge Morris was formerly Vice President and General Counsel of Shell Oil Company, General Counsel of Amerada Petroleum Corporation and Dean of the College of Law at the University of Tulsa.  He has taught Oil and Gas Law for more than 20 years as an Adjunct Professor of Law and is currently an Adjunct Professor there and teaching Arbitration Law at the University of Tulsa.

During the last 20 years, he has spent approximately 90% of his time on ADR matters and has chaired or served as an arbitrator under the AAA rules, the ICC rules, the UNCITRAL rules, the London Court of International Arbitration rules, and the CPR rules in a substantial number of significant commercial arbitrations, both domestic and international, including arbitrations held throughout the United States, and also in Melbourne, Australia, London, England, Singapore and the United Arab Emirates. In approximately 2/3 of those cases, he was Chairman of the Panel or the sole arbitrator. He also has substantial experience as a mediator, and in 1991, taught ADR for a week at the International Development Law Institute, Rome, Italy.

He served as Special Master, concluding in April 2001, in In re: Copley Pharmaceuticals, Inc., “Albuterol” Products Liability Litigation, a mass tort class action case, having been appointed by the United States District Court for the District of Wyoming.